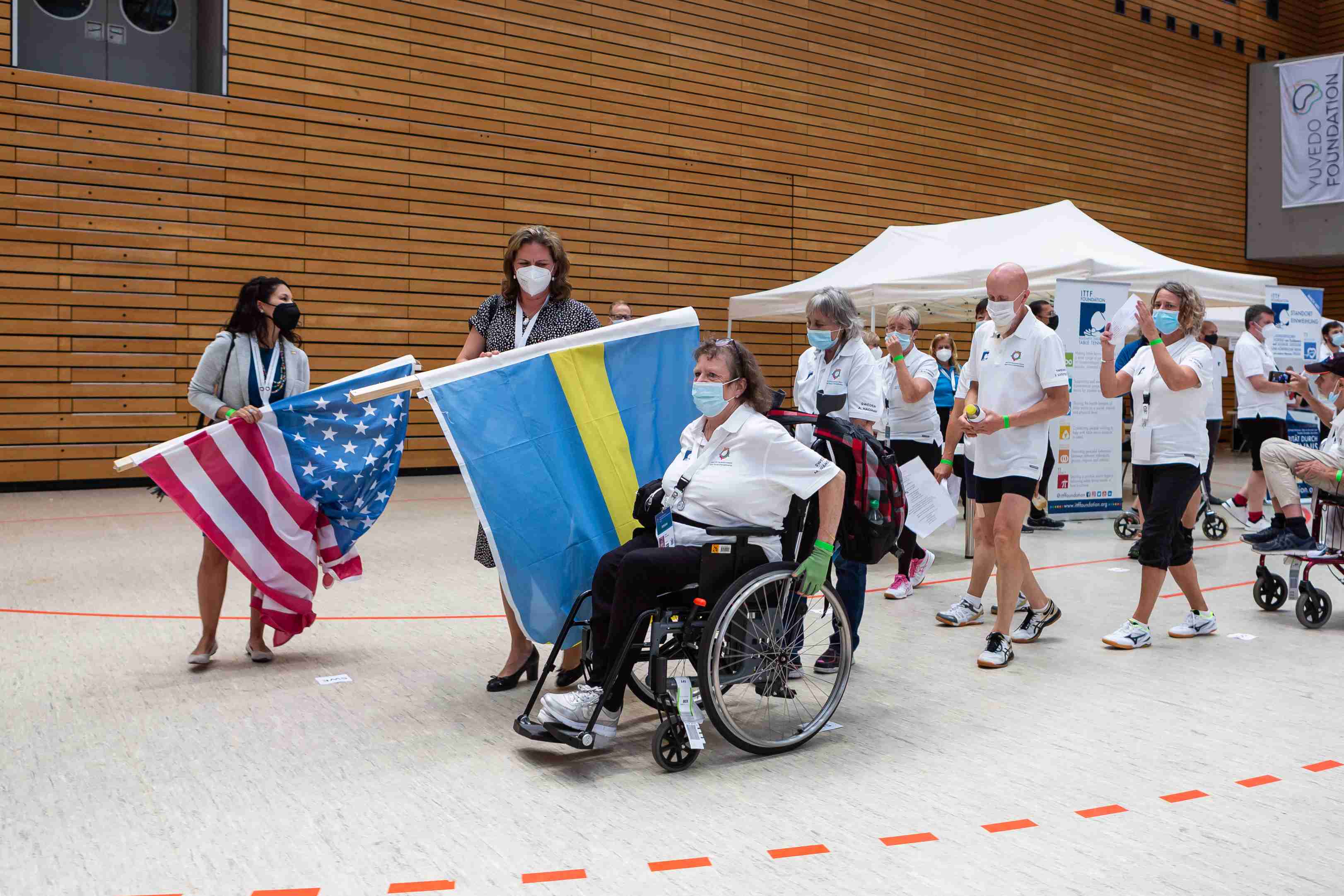 After the success in New York 2019, the 2021 ITTF Parkinson’s World Table Tennis Championships (PWTTC) this year saw 135 athletes from 21 countries competing for medals in our favourite sport from September 9 to 11 in Berlin, Germany.

The Parkinson’s World Table Tennis Championships (PWTTC) are an innovative way to demonstrate the benefits of playing table tennis for people with Parkinson’s disease. More than a competition, the tournament is a global gathering of table tennis enthusiasts aiming to promote the improvement of physical, social and emotional conditions of its participants. Together with the local organising committee YUVEDO Foundation, ITTF and the ITTF Foundation aimed to create a safe space and support system for people with Parkinson’s and their caretakers through PWTTC 2021. 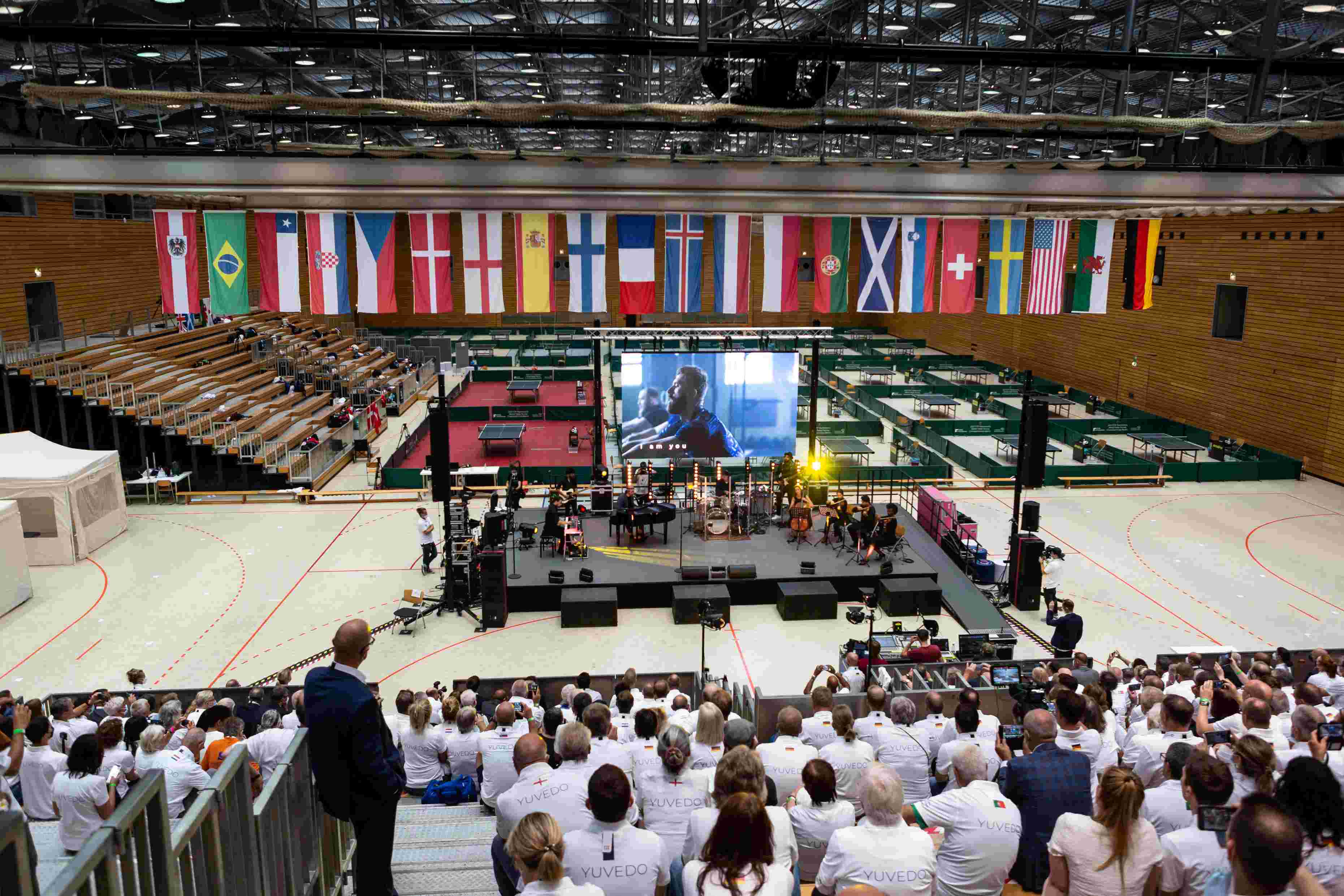 More than a championship

Table tennis is one of the best sports for people with Parkinson's. It engages your brain and exercises your body. We are excited to have worked with the YUVEDO Foundation to raise awareness for Parkinson’s, bring people together, help them fight the disease and discrimination. –  Thomas Weikert, the ITTF President.

Delayed by a year due to the pandemic and with some participants unable to travel because of local Covid-19 measures, these games were different from the previous edition in New York. With the number of participants doubled since the tournament in 2019, a new classification system and various activities to enhance the social aspect of the event have been introduced.

We wanted to bring people out of their homes, and all players were eager to show what they could do. The new classification system allows players to play against contesters with similar conditions, and with similar table tennis experiences. We have introduced the group warm ups before the matches. They helped the participants and their caretakers to connect with those with similar experiences and create a support system, which is crucial for those affected by Parkinson’s.” – Jens Greve, founder, and Managing Director of YUVEDO Foundation, Parkinson’s fighter.

Aleksander Dzembritzki, the State Secretary for Sport of Berlin (Staatssekretär für Sport) extended a warm welcome to the players from all over the world.

It is an honour to welcome the players to my beloved city. For so long, Berlin has been working towards becoming the capital for para players and tournaments. We are happy to be the home of PWTTC 2021 and wish all the players the best of luck in the next couple of days.

The researchers from the German Sport University Cologne (Deutsche Sporthochschule Köln), and the University of Kiel also took part during the PWTTC. By interviewing and examining the players on their movements and neural activities, the teams sought out for a path to a possible cure for Parkinson’s in the future. 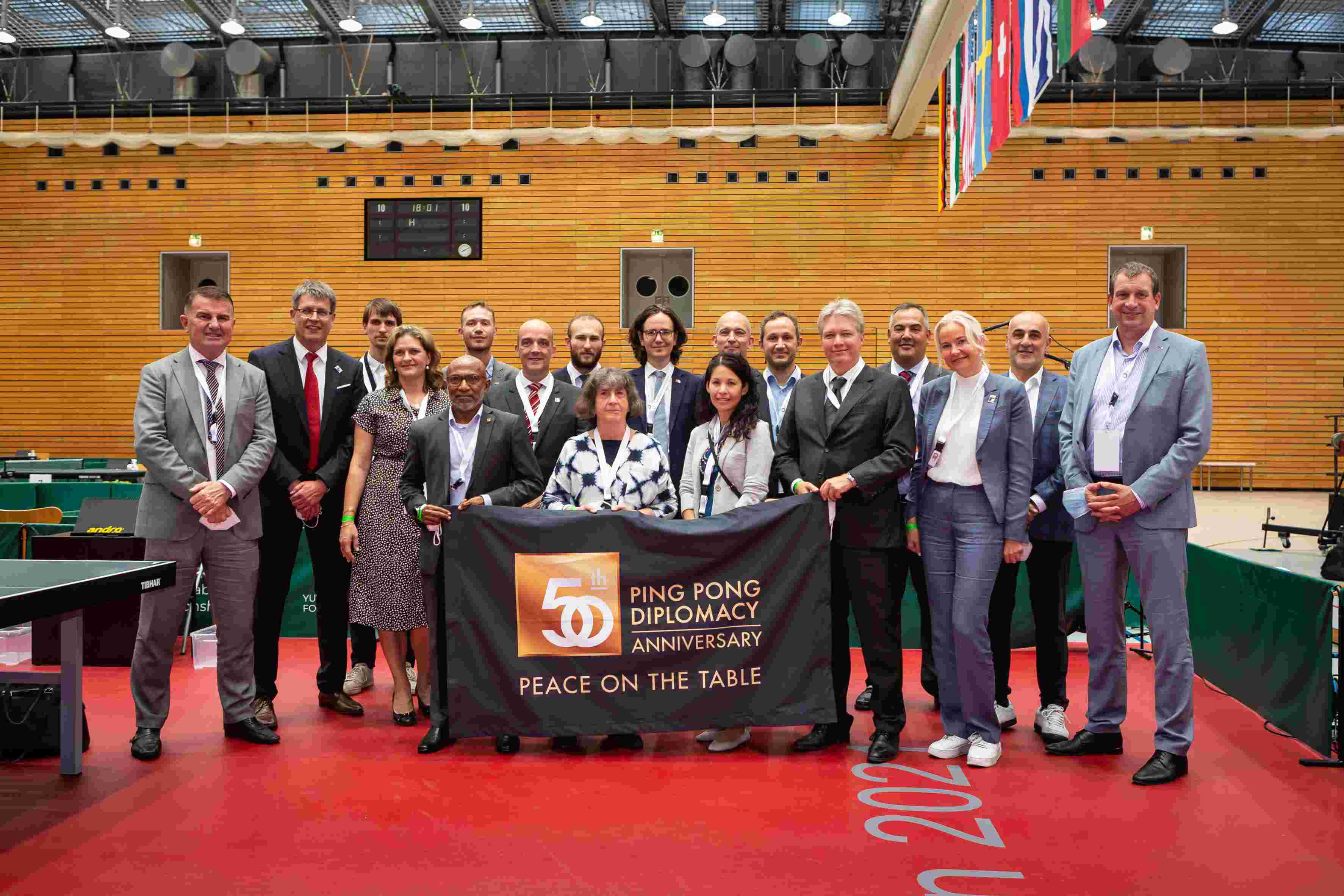 Celebrating the 50th biennial anniversary of Ping Pong Diplomacy, the PWTTC 2021 honoured the spirit of table tennis for peace-making by bringing the Ambassadors in Germany from the participating countries during the opening ceremony. The national flags were handed from the ambassadors to each team as a gesture for their representation.

The spirit of table tennis is inclusive and universal. It has been demonstrated that table tennis is for ALL, for LIFE. We have seen inclusiveness and universality within the PWTTC, as well as the positive social impact this kind of event can bring. Now is the time for us to recognise the power of table tennis in peace-making. Ping Pong Diplomacy is more than a single event that happened 50 years ago or the unified Korea team. Ping Pong Diplomacy is about making friends and resolving conflicts, be it on the grassroots or state level. Table tennis is the medium to foster harmony and peace. It has been in the past, and it will be in the future. – Leandro Olvech, the ITTF Foundation Director.

Supporting the PWTTC 2021 players of their respective countries and territories, the Ambassadors presented the country flags to the players.

We have continuously witnessed the power of sports, especially table tennis for peace-making. It aims to create dialogues, bridge differences, and build friendship through common interests and mutual respect. It is not your opponent you play, it is your partner with whom you enjoy the match. – Ahmed Katheef, the Ambassador of the Republic of Maldives.

Thank you, Berlin, for the hospitality, and thank you to all the players, partners, and participants for your determination and dedication. It has been an exciting and fulfilling journey for us all.

We cannot wait to see you again in PWTTC 2022 in Croatia.

Sign up for our newsletter for updates on our programmes and projects.