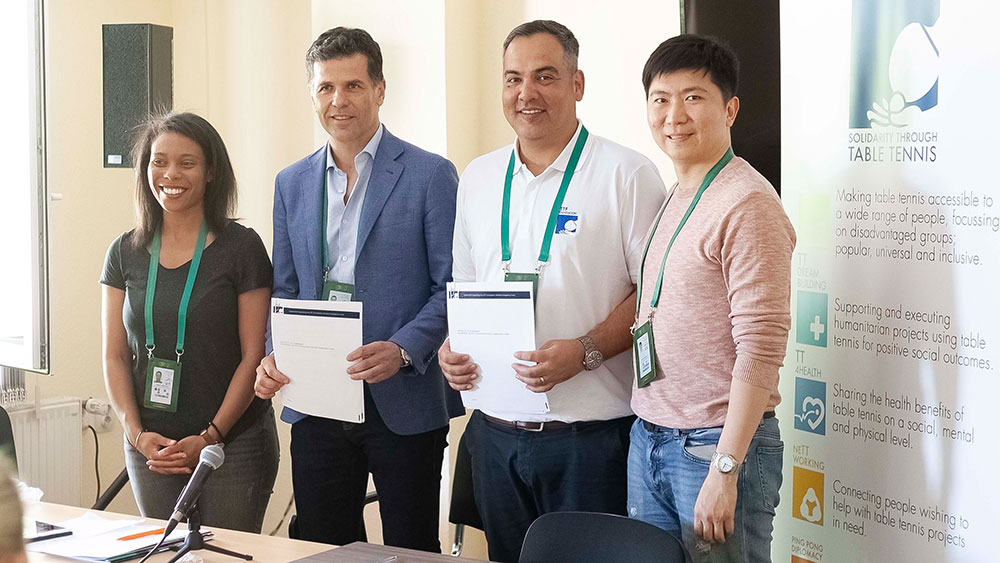 Signed by Zoran Primorac the Chair of the Athletes Commission and Leandro Olvech, the ITTF Foundation Director, in the presence of Sarah Hanffou and Ryu Seungmin, the principle is to provide a fund to assist players of international in cases of urgent need.

An initial some of Euros 10,000, remitted on an annual basis and subject to review, has been granted to the fund; the initiative is designed to support players who have suffered an accident or have suddenly fallen ill and have played at international level.

In order to qualify players should have competed in the Olympic Games, World Championships or at continental level as a junior or senior player. The decisions as to the recipient and sums involved rest entirely with the Athletes Commission; however,

“It is an emergency fund for serious suffering, we do not want to wait for things to happen and then react, we want to be prepared so that we can respond immediately.” Leandro Olvech

Furthermore, there are further proposals that should situations arise where a player is fined or prize money withdrawn for misbehavior or bringing the game into disrepute, such money should be allocated to the fund. It must be stressed that is a proposal and not part of the agreement signed in Budapest.

In addition the accord can be considered a two-way agreement; no doubt members of the Athletes Commission will respond and support the now well established World Table Tennis Day.